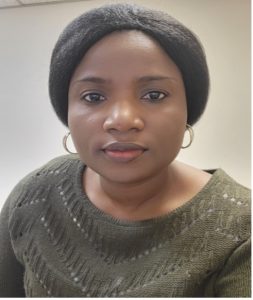 Dr. Adeola Agoke is a Teaching Faculty and the Acting Director of the African Language Program, Department of African Cultural Studies, University of Wisconsin, Madison

My name is Adeola Agoke. I grew up in Nigeria, a multilingual nation with over 400 languages, and I currently live and work in Madison-Wisconsin, Unites States. In addition to English, Yoruba, and Pidgin, I also speak several dialects of Yoruba, have an elementary proficiency in Igbo, and some reading proficiency in French. I am a Teaching Faculty in the Department of African Cultural Studies (ACS) University of Wisconsin Madison, and I currently serve as the Acting Director of the African Language Program. Language is at the nexus of my teaching, and supervision work. The undergraduate courses that I teach are focused on language practices in Africa, the diaspora, and in educational contexts. The graduate level courses I teach are focused on the application of second language acquisition theories to language teaching methods and for developing insights into self-instructional language learning. Through my directorship work, I guide the African languages instructors on how best to apply the SLA theories and teaching methods to their classroom instructions.  I also visit their classes to provide them helpful feedback.

The languages I use are integral to my identity. The opportunity to use my native language and/or speak English with a certain accent connects me to my root. In some important ways, my language use highlights my voice amidst the multiplicity of voices, identities, and social realities that constitute the fabric of the society I find myself. My language is therefore, a tool through which my cultural identity find representation in the (multi)lingual/cultural community I live.

As a Teaching Faculty in UW-Madison, I am privileged to be a part of one of the leading US University where African languages, literature, and cultures, are not only researched but also taught to students. My language (Yoruba) does not only provide context for my research but also provides data with which I can analyze existing linguistic and cultural practices in and outside of the classroom context. For example, my research explores language practices in and outside of Yoruba classroom, and findings from my research calls attention to language users’ linguistic creativity as useful resource for developing the standard dialect.

I am especially elated that many African languages including Yoruba, Swahili, Wolof, Zulu, and Arabic are being taught in the department of African Cultural Studies, UW-Madison. Through the teaching of my language at the college level, students from different academic disciplines have been able to carry out their research in the target community where the language is predominantly used.

I believe scholarship of Africa and about Africa is valued in UW campus community. Having an interdisciplinary and very progressive department that is focused on the studies of Africa and her cultures provides a space that nurtures the relevance of African languages. Hence, within the context of my work, the languages I speak and work on are valued. However, the values that other people on campus, especially those that are outside the context of my work see in my non-English languages is not evident. English is the dominant language in the US as well as on UW campus; it therefore remains the language of power and the most valued across spaces of interaction on campus and beyond. Languages, especially the less commonly taught languages, are not considered as having much power and are less valued in many academic spaces on campus.

I observe linguistic prejudice in phone conversations between representatives of many organizations and callers who are speakers of non-American English accent. Repeated responses such as “can you say that again”, “I can’t understand you” “spell that again” etc. from such representative denote that the caller is “othered” within such conversational space. Granted, it is not out of place to mishear or be unfamiliar with a stranger’s accent. However, the so called unfamiliar accent of the “stranger” represents their linguistic and cultural experiences, which should be acknowledged, and in fact, respected. Therefore, efforts to clearly understand information over a phone conversation should be mutual especially where distinct accents are being used by the participants in the conversation.

The campus community can better appreciate the value that linguistic diversity brings to the community by giving equal opportunities to diverse linguistic forms/practices that constitute the ordinary everyday experience of language users in UW-Madison. UW already does great with translating public information to Spanish and a few other languages such as Hmong. However, spaces where the mainstream “American English” is used should also be engaged to allow for other languages and in fact, accents of English–world Englishes– to be adequately represented. For example, it may be useful to sponsor public programs that represent diverse culture and linguistic experiences of members of the UW community especially, the students.